Not to long ago, I was in Austin, Texas with Aaron Blake and the leadership team from a Kansas City church to meet with folks from Austin New Church (ANC) and learn about their ministry called, Legacy House. The idea for Legacy House developed when a Sunday visitor named Jordan visited ANC and shared her story of spending her childhood in foster care and aging out at 18-years-old into prostitution and drug addiction. The church was spurred to action on behalf of the other “Jordans” in their city and they rented a house for teenage girls who were getting ready to leave the foster care system.

The leadership team from Pathway Community Church, here in Kansas City, learned much about launching their own home for teenage girls. In the months that followed, I picked up great ideas to take to other KC churches and Aaron was able to grow a relationship with a local church and local agencies who are caring for kids in their community. But, the most important thing that we talked about wasn’t the “successes” that ANC and the Legacy House were having, but how they define failure.

What would ANC do if one of the girls was not willing to change her behavior and she was hurting herself or others while she was living at Legacy House? Would she be asked to leave? If so, where would she go? Isn’t the whole point of Legacy House to have a safe place so that these girls can be planted and stop bouncing? Would having to ask her to leave mean that the home and the church had failed?

The most helpful thing that was said during this conversation came from the only non-Christian in the room. He is an outspoken Agnostic, has fostered more than 50 kids and leads an agency in Austin that provides services to older youth who don’t have families. He said, “Failure is doing nothing. Failure is not trying.”

In Matthew 25, Jesus said that when He returns it will be like a property owner who went on a long journey and asked his servants to manage his property. When the master returned, one of his servants said, “I was worried about what you would do if I lost your money, so I buried it in the ground.” The master became angry. Why? Because his point in leaving his property with his servants wasn’t because he needed them to protect it, the point was that he wanted them to do something with it.

Is failure opening our lives to orphans and discovering how much we don’t know about doing it well, or is failure being so worried about trying to do it well that we actually do nothing?

On August 1st the house parents for Pathway Community Church’s own Spero House moved into a large rental home in Olathe, KS and they, along with the congregation, are gearing up to welcome 2 teenage girls who don’t have a family into the Church Family in late September.

Grateful to God for the folks at Austin New Church, Pathway Community Church and hundreds of other churches around this country that are “doing something” in response to God’s command for us to love his kids.

GO Project Family,
Thank you for praying. As many of you know, Hurricane Matthew struck Haiti this morning. Reports that the southwest […]

Traditions. Most families have them.
Some traditions, like whether the Thanksgiving meal is ham or turkey, or whether presents are […] 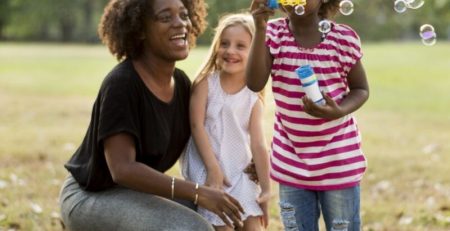 One of the most complicated things in life is to navigate and build our relationships. They are also arguably […]

May we read it again?

GOEX, our brand that cares for kids, is proud to be a Better Work certified organization. What does that […]