Shortly after the earthquake the Big Aid money ran dry. Little rubble has been cleared. No development. No change reported. Except for cholera and election troubles. All we hear is bad news as we wait for more bad news.

I gotta tell you, there is a LOT of great things happening you’ll never read about in the NY Times.

While major redevelopment in Port au Prince is stuck in gridlock, we’re not experiencing that gridlock. By God’s grace, we’ve completed 10 new children’s villages from the immediate aftermath of the quake to the present. All of this has been done grassroots, through the Local Church. And, now, our most audacious undertaking is growing leaps and bounds.

There’s virtually no development in PaP from the Big Aid community. But Moise Vaval’s church – which is smack dab in the middle of the destruction – is going up in a flash. With Source de la Grace, we’ve done a school for 250 students, the church re-build and expansion is going gangbusters, and children’s homes are on deck.

Look at these pics. These were taken over the weekend. Roughly 200 people (some paid laborers, but mostly church volunteers) worked

round the clock this weekend. They want their expanded church re-opened on January 12, 2011, the one year anniversary of the earthquake.

I’m telling you, this thing is shooting up vertically right in the middle of the mess. People all around can’t believe what they’re seeing. The huge global aid players can’t seem to make any progress.

But here is this humble Haitian church pouring out to the people, and going straightforward with confidence and love for those hurting the most.

The Church is doing what the government cannot. Imagine that.

Did You Know that CarePortal aided more than 1,000 Children during 2015?

As we celebrate the light of the world this Christmas, we are celebrating the CarePortal network for reflecting that […]

A letter from Joe Knittig, CEO of The Global Orphan Project
GO Family,
Mike, Jake, and I are at the airport en […] 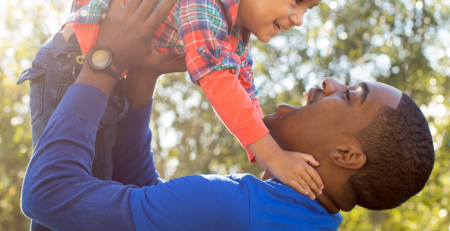 How you support kids in foster care through CarePortal

Thank you for supporting kids in foster care through CarePortal.
As May comes to an end, so does National Foster […]

As promised, here is an update on Haiti, Cholera, and the children we all care about so much.
Since news […]

by Marsha Campbell
In August 2010, a dear friend recruited Morée, a young wife and mother of three small children […]

At GO Project, we’re proud to employ a diverse group of leaders who are deeply familiar with the places […]

Yesterday, at Jumecourt, a 15-year-old young man, Kendi, got on our bus. He was going to church with Joseph […]