by IV Whitman from Source of Grace Blog

There are many forgotten places on Earth that seem far from heaven. A post-earthquake Haitian tent city is one of them. When I first visited Haiti in 2010, nine months after the earthquake, the devastation and poverty were so acute that it seemed unreal, even surreal.

Pancaked buildings lined the cracked road to Leogane, the epicenter of the 7.2 magnitude quake. Parentless and abandoned children, now on their own, clambered through the rubble-strewn streets. Makeshift tent cities, created in the days following the disaster, became permanent homes for hundreds of thousands of Haitians.

It is one thing to see a tent city from the air conditioned buffer of a closed-windowed vehicle. But it is entirely, completely, and unfathomably different altogether to step inside, take a breath, and hold the hand of one of its little orphaned children. The memory, especially the smell, like a scar, never goes away.

Yet, out of the dust, trash and rubble comes beauty.

Fast forward to last Saturday night. As our vision trip team was assembling on the rooftop of the Jumecourt Inn on the outskirts of Port-au-Prince, I heard a young Haitian women named Katiana singing a relaxed, lilting song in Creole as she sat at her sewing machine. 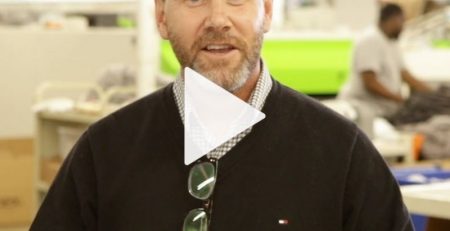 by Jenni (GO Fellow), from Haiti
“And they were bringing children to Him so that He might touch them; but […]

A good friend of our ministry recently completed police academy training. He told me police are taught to run […]

We marvel at what the Lord has done through our local church partners and through you in 2013.
When the […]

Dear GO Family,
As The Global Orphan Project exits our first decade and enters our next, I cannot think of […]