Last October, a church in rural Ethiopia in a town called Koncko opened a Father’s House and is currently caring for twelve of the most abandoned and abused children in their community. The Koncko Church, through the support of GO Project, has also expanded their local nursery school to include 40 children in Grade One. Each year, they hope to add another grade until it is a complete Nursery through Grade Eight school.

Poverty is so extensive in Koncko that the parents struggle to pay the annual school fees of $.80. It is not surprising, then, that parents can’t afford to buy school uniforms for their children.

On a recent trip, I traveled to Ethiopia and carried the uniforms in a suitcase and proudly gave the Management Committee 40 uniforms for Koncko children sewn by the Kabale Father’s House.

Hilary, GO Africa’s Sustainability Manager, also traveled to Ethiopia for the first time to share with the churches the principles of “Farming God’s Way,” a simple, sustainable approach to agriculture developed in Zimbabwe and now spreading throughout eastern Africa. The small plots of land where children live at The Father’s House can be used to grow food, thus making the local church’s ministry a little more sustainable.

This is the Body of Christ at work – GO Exchange uniforms ordered and sewn in one of Uganda’s Father’s House’s Sewing Centres and blessing children in one of Ethiopia’s local churches and Father’s House.

You can also purchase a school uniform for a child HERE>> Your $20 tax-deductible gift sends a hand-sewn, traditional Ugandan or Haitian outfit or school uniform to a child who desperately needs it. And it sends an order for that outfit to one of our sewing centers, like the one in Kabale.

Today we see in part. Someday we will see in full.

In his first letter to the Corinthians, Paul talks about the reality that today we know only a part […]

Life in the garden, Lira, Uganda

Life began in the garden. “In the beginning,” you know the story.
“The Lord God planted a garden… “
God, Creator […]

At last year’s BIG Event, Joe Knittig made the case for school uniforms. In most third world countries, children […] 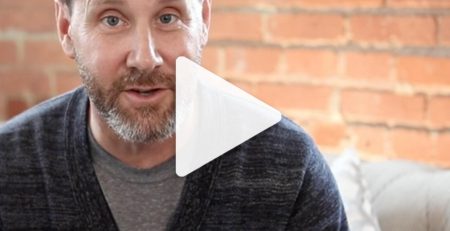 We have news for you! Take a couple minutes to watch our latest episode of 2 Minutes with GO […]

Trace Thurlby, Live from KC
More than two and half months after the earthquake, God brought us Stephanie. Stephanie […]