If you’ve spent time with Mike Fox, you’ve probably heard him brag on Titi. Titi’s one of the C3 children in Haiti. He’s Mike’s favorite (you know he is Mike). When Mike shows up at Titi’s house, Mike peels out for Titi like Richard Gere in “An Officer and a Gentleman” when he goes after Paula (Debra Winger) at the end.

It’s time that Titi gets some air time in the C3 newsletter. Titi’s the March photo-of-the-month honoree. See Mike and Titi below.

In all seriousness, Titi provides great juxtaposition to the dominant news of the day, the presidential campaign. John McCain takes the stump and says he represents hope. Hillary insists she does. Barrack Obama pounds the podium demanding that he’s really the hope candidate. What hope do they speak of? “Whatever you want, that’s what I’ll get you as president! More money in your bank account! Free healthcare! Global peace!” They speak of a bragging, overblown, self-created hope. The cheers go up and the chests puff out.

Hope is not an emotional punch line. The hope of rhetoric fades before a sucker finishes his stroll to the car after the rally. This is not a critique limited to presidential candidates. Most of us are guilty of dumbing down “hope.” Like we’ve dumbed down “awesome.” Real, substantive, eternal hope drills to the very depth of the heart and strengthens us to change what’s petty about ourselves – because real hope is beyond our doing. It buoys. It often manifests in lives miraculously transformed. You know it when you see it. That’s Titi’s story.

Titi eked through infancy in Gonaive, Haiti, a coastal city in the northern part of Haiti. He and his family lived in a ramshackle hut. In 2004, more than a dozen hurricanes and tropical storms slammed through the Caribbean and the southeastern United States. One was Hurricane Jeanne. While many of us watched Jeanne’s path on the news, Titi’s family and many thousands in Gonaive had no warning and nowhere to go.

In an instant, Jeanne accosted Gonaive and the sea swallowed the city. Jeanne swept thousands to their deaths, including Titi’s parents. As the rising tide whisked him away, Titi’s father bid farewell to his little one by managing – just barely – to toss Titi on the roof. He gave Titi a precious gift amidst tragedy, a chance at life and true hope.
That’s where C3 takes the baton.

Several days after the water receded and the mud hardened in Gonaive, C3’s Haitian partners found Titi barely alive, but alive, baking on the roof of a house surrounded by corpses below. That was then. Today, Titi eats and thrives in a C3 home. He receives necessary medical care. He understands that God loves him, specially and specifically. He has gone from a corrugated metal rooftop to a school room in the day and a bed at night. When he falls down playing, the wonderful woman who cares for and loves him is there to dust him off and get him back in the action. We don’t know what Titi will do when he’s older. It’s just amazing and inspiring to witness his transformation. You pick up that boy and he’ll give you a little squeeze and enjoy every minute of it. Pretty simple. Titi’s not just any child – he personifies true hope.

We know C3 can’t reach 143,000,000 orphans. But we can reach one at a time. Each child in our care and each orphan waiting is a Titi story. And we can be part of the hope story written in each one life. So can you. This doesn’t just lift the child; it lifts us.

We’ve had scores of you tell us that you regularly pray for C3. This is vital to our ministry, and we can’t tell you enough how much we thank and appreciate your prayers. We want to organize and focus this process through a C3 Prayer Team (the more people the better), and provide you with specific requests on a regular basis. If you’d like to join this team, please e-mail Angie at [email protected] Thank you for considering this.

C3 is partnering with Spanish River Church in Boca Raton and Pastor Ngarndeye Bako (the pastor of the local Chadian church) to place 20 orphan homes in Chad. This has been tough, tough sledding. The conflict in the Sudan, generally, and Darfur, specifically, triggered an exodus of Sudanese refugees into Chad and a lengthy period of unrest. This unrest has boiled into near war among Chad and Sudan. Getting supplies, such as equipment to drill wells and construction materials, in and out has been slow and uncertain.

Here is the good news: Pastor Bako’s crew has completed the initial homes and the pace and reliability of material transfer has improved. Take a look at the photos on our website. We expect to now move more briskly to the completion of the first 10 homes.

To our C3 families and partners engaged in this project, thanks for your continued patience. The reward will be well worth it. We’ll keep you posted.

C3 started with a home for Karen orphans in a refugee camp on the border of Thailand and Myanmar. [See www.c3missions.org]. C3 has 6 such homes now. What’s happening to the Karen people in Myanmar is absolutely brutal. Take a moment to watch this short You Tube clip.

We’ve felt a growing burden to do more for the Karen orphans trying to scramble to safety in Thailand. In the next couple of weeks, we have meetings to explore a potential large-scale partnership to care for many more of these children. We ask for your prayers. If you have a particular prodding for Thailand and/or these children, please contact us.

Kids to Kids – KC Schools Step-Up In a Big Way

We’re amazed at what two KC schools have done in making C3 their ministry. Whitefield Academy (roughly 150 students) raised $50,000 to build 2 large homes for 120 children. A generous family agreed to fund 1 home, if Whitefield could match. The students did, and then some. The Whitefield students also decided they wanted to help fund the furnishings for the homes. They collected change for 3 weeks. How much? Nearly $3,000! (If a group of motivated students got a change drive going at high schools and colleges around the country, that loose change would care for hundreds, maybe thousands, of children. Volunteers?)

Christ Lutheran School announced in March its plan to fund at least 1 home each year. CLS kicked off this plan by funding CLS House of Hope # 1 for 2008. CLS’s principal, Jon Skilton, is joining C3 on a vision trip to Haiti in April to advance the CLS / C3 partnership.

Kudos to Whitefield and CLS.

C3 looks forward to working with these schools, and others, to engage youth in orphan care through all phases of the C3 model. This will be an incredible supplement to the kids’ education, and means much more to the orphaned children who’ll now have a home – thanks to their peers in the U.S.

If you’d like to explore your child’s school partnering with C3, let us know. We’d like to grow this emerging area of the C3 ministry.

Katie Horner’s Book – Coming to a Store Near You

KCTV5’s Katie Horner is a valued C3 family member. Katie has written a wonderful book to help parents explain and guide their children through severe weather. She’s generously agreed to donate a portion of the sales proceeds to C3. Katie’s book should hit the sales rack at the end of May. You can purchase the book at all major and local bookstores, Amazon.com, and KCTV5.com (you’ll get the best price there).

Thanks Katie and Frank.

Join us on Friday, April 4th, from 11am to 1am at the C3 office. C3 First Fridays are picking-up steam; more people are coming and the discussion’s lively.

Heads-up starting in May. With the warmer weather, we plan to move First Fridays back to the end of the workday, break out the BBQ, and invite you to bring your families and guests. The C3 Smoker is nearly ready!!!

The rain stopped. The airport opened, and our GO team did their best to take advantage of the window. […]

Haiti Update: 2/28/10
From Joe Knittig live in Haiti:
Yesterday was a confusing and anxious day. Today was a day […]

From the Field: Haiti Recovery

Haiti Update 3/12/10
Per our Phase 2 Action Plan, we are our launching our GO Fund to start businesses in […] 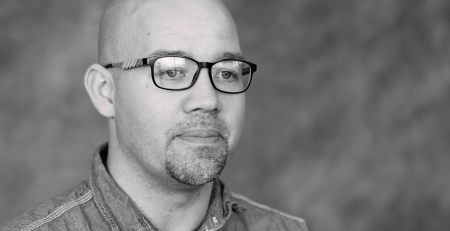 Each one of us, individually, is called to be the hands and feet of Jesus. We all, as the Church, are […]

3 Guys and a Movement

From: Joe Knittig, Home in KC
We ended our SE Asia visit in Mae Sot, on the Thai/Burma border, the […]