Raises More Than $1.4 Million in One Evening for World Orphans

Funds will provide housing for more than 600 children and

Click the picture of Isabelle & Dony below to see MORE photos 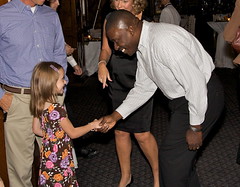 Kansas City, Mo. (September 29, 2008) C3 Missions International marked a milestone Friday evening at The Clubhouse on Baltimore. During a 30-minute giving explosion, the 500-plus attendees of its C3 aLIVE event combined to give more than $1.4 million dollars to help homeless orphans in Haiti and various Africa locations. One hundred percent of all the money raised will go directly to orphan care.

C3 Missions a non-profit organization barely four years old started by Kansas Citian s Mike and Beth Fox to care for some of the more than 140 million orphans in the world focused Friday s fundraising efforts primarily on orphans in Haiti. The group had already been caring for more than 1,100 orphans in Haiti, one of the poorest countries in the western hemisphere, before devastating storms hit, including Hurricanes Fay, Gustav, Hanna and Ike. Those storms wiped out entire communities, killed nearly 200 people, and left thousands of orphaned and abandoned children with nowhere left to go.

C3 Missions staff, along with its key healthcare partner, Leawood, Kansas-based Integral Life Foundation (ILF), made an emergency trip to Gonaives, Haiti on September 5, amidst the devastation of Hanna and then Ike, after learning that 250 orphans in their care were stranded but safe on the second floor of its facility in Gonaives. The rescue team with C3 s Haitian partners made its way through unimaginable odds including through areas where representatives from the United Nations wouldn t go in order to insure the children had food and water, and to provide basic medical care. During the trip, the C3 team took in nearly 500 more orphans who had no one else to care for them.

Photos, video and blogs from that trip can be seen by visiting www.C3Missions.org and going to The Fox Report.

The devastation in Haiti is beyond belief, said C3 founder Mike Fox who led the recent emergency trip. The plight of orphaned and abandoned children around the world is beyond belief. These kids face hurricanes of all kinds, all brutal, every day. Their situations are beyond our imaginations, but not beyond our ability to help in very immediate and inexpensive ways. We are thrilled by the outpouring of support we witnessed Friday evening. Kansas Citians are incredibly generous and we are blessed that so many of them are stepping up to help us give these children — who are lacking even the basic necessities of life a much brighter future. The money raised will provide housing for more than 600 orphaned children in Haiti and Africa, and food, clothing, medical care and an education for more than 700 children for 3 full years. This is just a beginning. Imagine the possibilities as thousands more get behind this combined effort.

The fact that there are hundreds of orphan children left homeless many of whom are seriously ill or injured without food, water, or parents to care for them is a travesty, said Dan Tasset, chairman of Nueterra Healthcare and founder of ILF. We are humbled by the generous outpouring of help and concern. We challenge others around the world to follow Kansas City s example. And we challenge medical professionals to join us as we bring much-needed healthcare to these children.

Fox explained that Haiti is particularly vulnerable to devastating floods because of its steep hillsides and deforestation. More than 3,000 people in Haiti were washed away during Tropical Storm Jeanne in 2004. He noted that although some of the orphanages built by C3 were left standing following the recent storms, homes for 200 children that were under construction in Gonaives were destroyed in the storms.

C3 Missions had raised over $200,000 for its Haiti Relief Fund prior to the event on Friday, September 26. Together with the additional $1.4 million plus raised Friday evening, C3 will be part of changing the lives of more than 1,000 children in Haiti, alone.

C3 Missions continues to accept donations for its Haiti Relief Fund. People interested in donating can either call 816-536-8333 or donate online through the organization s website. Visit www.C3Missions.org and click on Help Today.

Founded in 2003, C3 Missions International is a non-profit organization dedicated to the care for orphaned and abandoned children around the world. C3 works with local, indigenous partners to create orphan homes in a “village” model that provides holistic care and support. Mike and Beth Fox founded C3 in 2003 after a modest donation to help support 19 orphaned children in Thailand. Because a foundation has agreed to cover all the organization s administrative costs, 100 percent of all donations go directly to benefit the children. By 2006, C3 had eight homes in three countries and just over 500 children in care. Today, C3 has more than 2,000 children in care, with another 51 homes under construction and more than 100 in process, spanning 15 nations in the Caribbean, Asia and Africa. For more information, visit www.C3Missions.org.

Integral Life Foundation (ILF) partners with C3 Missions International. Through a growing number of individuals, families, businesses, and other groups interested in healthcare, ILF facilitates the healthcare delivery for children and focuses on orphan prevention (with budding HIV/AIDS initiatives) in key C3 communities. ILF is the vision of Dan Tasset, chairman of Nueterra Healthcare. For more information visit www.integrallifefoundation.com.

Some Music for Haiti

If you haven’t heard of Wyclef Jean, his music is only one message you may want to take a […]

It’s a little past midnight here and we’ve wrapped up our day. There’s much we could discuss. […]

GO Family, Below is an e-mail from our GO Africa team outlining another opportunity the Lord has given us […] 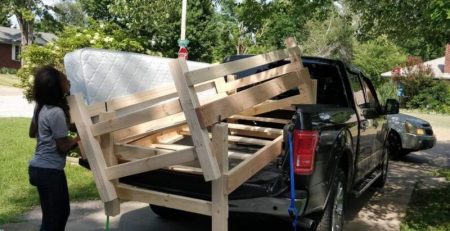 Yesterday the Tour d’Uganda Team rolled 35 miles across rural Ugandan roads. Riders at the beginning of the pack […]

Interview with KCUR: Caring for children in KC

In a recent interview with KCUR correspondent Laura Ziegler, Tate Williams, director of the Adopt|KC initiative, shares the story […]

Annet is a house mom at Kabale Father’s House and takes care of 10 girls. The girls in her […]

On the move in Africa!