6:57p.m.
I can t believe it has been two weeks since Beth and I returned from our trip to Rwanda. In Africa, time seemed to move at a snail s pace. However, since returning to the states, times has flown by. One more reason to go back to Africa.

Our time in Rwanda was spent in meetings with government officials, Church leaders, and civic leaders. A lot of activity stemmed from Rick and Kay Warren s P.E.A.C.E. plan. It was cool to see the Rwanda leaders working together and stepping up to the challenge of caring for the poor and sick and educating the next generation.

Under the guidelines of the P.E.A.C.E., we visited several hospitals, orphanages and Churches. We also visited two genocide memorials honoring those who perished in the 1994 genocide. Unimaginable that nearly one million people were killed in Rwanda in only 100 days. Even harder hard to conceive is that this took place only 13 years ago. In 1994, I was going about my business totally unaffected by the mass slaying in Rwanda. Not only unaffected, but totally unaware that such an atrocity was even occurring. Thirteen years later, I have been blessed to be able to spend a week with the Rwanda people of today. A different people altogether. I personally witnessed their forgiveness, their reconciliation, their love for one another. It was humbling to hear their terrible stories of murder and death and then hear them speak of forgiveness. I need to learn to forgive the way the Rwanda people have learned to forgive.

CHILD HEADED HOUSEHOLD. Doesn t this sound like a IRS tax form or a description of some American families where the children actually rule the roost. In Rwanda, and many more HIV affected countries it is a term describing a home where both parents have died and left the oldest child to fend for his or her siblings. There are literally hundreds of thousands of Child Headed Households. Maybe even more. Anyway, of all the memories I have of my recent travels to Rwanda this penetrated me the most

Pierre is only 15. Both of his parents have died from AIDS. He has four siblings ages 6-12. They are all beautiful. They are all sweet. They are all very kind children. I know because they shared their home with Beth, Robin (a fellow traveler) and me. A home without furniture, electricity, water, flooring. I saw the two muddy mattresses the five of them shared at bedtime. I saw the single washbasin they used to clean their clothes. I saw the two pans they used to cook their meals over an open outdoor fire. I saw the little makeshift clothesline they strung between two nails to hang the 10-15 pieces of clothing the entire family of five owned. Pierre and his siblings had very little. But what they did have they willingly shared with us. Fifteen years old and Pierre carries more responsibility than I ever have in my entire lifetime. I fell in love with Pierre and his family. You would have too.

Robin gave Pierre a Rwanda Bible. He had never had one before. He would not put it down. He held it in his dirty hands with a grip that only God would understand. I gave Pierre some money for food for his family. I knew without a shadow of a doubt that Pierre s little brothers and sisters would see every parcel of food that the money would buy. Pierre wouldn t spend it on himself. He is just that kind of kid. Like I said, I fell in love with Pierre. You would have too.

This time of year we strive for words to express our appreciation for our fathers.  My mind fills with […] 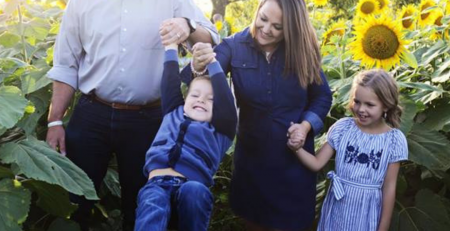 What comes to mind when you think about the role of a father? In honor of Father’s Day, our […]

What is the fate of a poor, HIV-positive, orphaned child living in AIDS-ravaged, rural Africa? Unfortunately, for many this […]

As promised, here is an update on Haiti, Cholera, and the children we all care about so much.
Since news […]

Special Thanks to BIG Event Sponsors

Special thanks to this year’s BIG Event Sponsors! We truly appreciate their support!

April 2008 – Choose an Attitude
When we stick our heads up out of ourselves, and look at the world’s […]

Things are bustling at The GO Exchange and Life SA production center in Haiti. Watch this recent update to […]