“I was really humbled by the simplicity of the Bishop. I’ve never seen such a simple and humble servant of God like him who is so personally committed to the church caring for abused, abandoned, and hopeless kids in the name of Jesus.”

Those were the words of Hilary Byoruganda, GO Africa’s new Sustainability Manager, after returning to Uganda from his first trip to Bunia and meeting Bishop William Bahemuka, the Bishop of Boga Diocese in the Democratic Republic of Congo (DRC).

When the Bishop is in town he visits the children personally at least every two days. He is like a father to them.

The Father’s House in Bunia – Nyumba ya Baba in Swahili – received its first eight children in February. They are between the ages of five and eight years old, but only one of them had ever been to school. The others had been so cast off and discarded that they had never been taken to school by anyone. Most had no permanent place to sleep and foraged for food wherever they could find it.

The Bishop is a godly servant leader. He is so concerned about their spiritual well-being that he’s organizing classes to teach the children about Jesus and then he wants to personally baptize each one of them when they are ready.

He wants to ensure that all the children are enrolled in school when the next term begins.

He has taken all eight children with him as he visits different churches around the town of Bunia. He introduces the children to the congregation during the worship service and invites church members to donate used clothing in good condition for the children.

He was so excited to receive the Farming God’s Way training that Hilary introduced during his first visit, that the Bishop took time out of his office, donned a pair of “gum boots” and joined in with the Management Committee members and Moms to practically learn the techniques of Farming God’s Way.

The Bishop is willing to set aside the “glory” of his office and get his hands dirty in the soil of farming to see children given a new life…just like the Bishop’s Lord and Savior, Jesus Christ, did for him and the children of Nyumba ya Baba – The Father’s House.

Children and Mamas performing a song

Did You Know that Kansas Children in Foster Care is at an All-Time High?

“We need to change our system.  We need everybody to get involved.”
So says Joni Haitt in the video below, […] 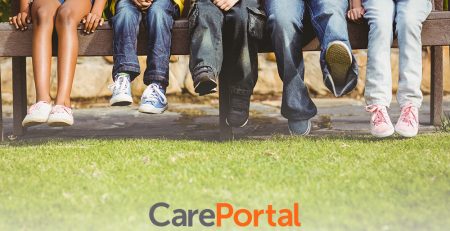 In the Business of Serving Others

Life is busy. We get it, so in this quarter’s update Joe Knittig will share news about Hurricane Matthew recovery […]