For ten days, I enjoyed the world’s beauty on the Tour d’Uganda. Panoramic views of exotic wildlife and lush, green mountains dropping into pristine, picturesque lakes testify to the Artisan’s creativity and genius. Bicycling on the African plains past zebra, monkeys, and impala flirts with the surreal. Yet, these living postcards aren’t the scenes pressing once again into my mind. The first belongs to a little girl; three years old, maybe four…

Children carrying water is a common occurrence in the Third World. Indoor plumbing is scarce, and wells are often far, so the whole family pitches in daily to bring drinking, bathing, and cooking water to the home. The older the child, the more they carry; sometimes on their head; if they are very fortunate, saddlebag style over a bicycle with a friend or sibling with whom to make the journey. No such aids were available to this little girl.

I was first struck by her peanut size. Over several years of Third World trips, I’ve seen hundreds of children carrying water, but never one this small. She was walking alone on a dirt road sloping uphill. It was Sunday morning, and our group was on our way to church. Does she ever get to go? What was in store for the rest of her day? As quickly as the questions entered, our SUV drove past. She was gone; at least that’s how it felt.

The previous day, on the way to Lake Bunyoni, we drove past a rural, rock-mining operation. Dozens of people worked together to slowly transform a mountain into gravel and stone; twenty pounds or so at a pop. The process was thousands of years old – hammers, chisels, muscles, time.

My eye caught a wiry man swinging a sledge hammer onto one of the freed stones. He did not swing with all his might, as an American would trying to win a Carnival game. No, he swung the hammer smoothly, as if he’d swing it hundreds more times that day, hundreds of days this year, and the next, and the next, as long as his body and his boss would allow.

The hammer fell solidly on the stone. Thud, then nothing. No breaking. No cracking. No perceived result for his effort. Trusting experience more than his eye, he lifted the hammer again. The areas of excavation and piles of gravel testify that the man is right. The rock will break….eventually. Before his third swing, our car once again passed.

A member of our Tour d’Uganda team questioned to what extent the workers at the mine know they are poor. Their jobs allow them to meet life’s basic needs, and few in the world need as much as we to be content. Isolated rural villages make the world seem very big, though it grows smaller daily, and the reality of our SUV driving by is just one sign of life outside the quarry. Still, to many in the Third World, Johnson County, Kansas, may as well be Mars. That is not all bad, but once one knows how much they have, then what?

The Bird’s Nest, where our team stayed, sits a few miles from the quarry. One American wrestled with the reality that on the same day he’d seen some of the most intense poverty of his life, he’d spend the night in a hotel in one of the most beautiful settings he’d ever been. I’m no fan of guilt trips. Yet I reject any attempt to either dismiss this obvious tension as unnecessary or resolve it with some pithy, pious platitude.

In Mark 14:7, Jesus says, “The poor you will always have with you.” We will not solve poverty, despite the fact our personal Messiah Complex works to convince us we can. “Ending Poverty” has been a successful banner and battle cry, raising billions of dollars for ministries and government programs around the world. The cynic (or even simply the observant) can point to a growing, global income gap, and say, “How’s that working for you?” Yet, past failures and abuses don’t release us from our Biblical mandate to care for the poor; a call in God’s Word which is repeatedly crystal clear.

My initial response was to do more. My growing realization is God is doing something in me. The privilege of sharing resources is developing my heart for others, a deep sense of gratitude, a new perspective on wealth, and a humility and trust of God’s redemptive plan as He brings His people together for His purposes.

My mind then turns to children living at The Father’s House. Orphaned. Abandoned. On society’s ladder, they sit beneath children carrying water or stone. Their tragic stories stretch my ability to connect with cards they were dealt in life. How does one reconcile their dark pasts with their bright smiles? The weight of poverty and stigma of neglect seem far removed from the light in their eyes, the joy in their songs, the bounce in their dance, and the laughter in their play. The chasm between their old and new, past and present, then and now demonstrate Jesus’ ability to give beauty for ashes more than any other reality I’ve experienced.

Why does our Lord command us to care for the poor, when we will not end poverty or eradicate evil and injustice in this world? I will not present a tidy answer packaged prettily for convenient consumption. I cannot. Yet, the Lord has invited me to walk with Him as He reveals more of the Answer in His time…you are invited as well. Come with us and see the memorable scenes of God’s beautiful work in Uganda.

In the book Mountains Beyond Mountains, Dr. Paul Farmer says that poor people don’t want someone to come […]

A friend of mine, Alex*, who is a champion for children, brought in three foster sons this week.
Yesterday, his […]

'Love Steps In' – Inviting the vulnerable into our homes

Jimmy Dodd, is the President of Pastor Serve, a KC-based ministry that seeks to ensure that “every pastor has […]

Find out more about what we are doing and why, here>>

Update by Gloria Piker, Coordinator of St. Philip’s Father’s House, Gulu Uganda
In the last few months the children have […]

Here’s one more quick pic… Diton clowning with a bunch of the Kyotera kids. Thumbs up. 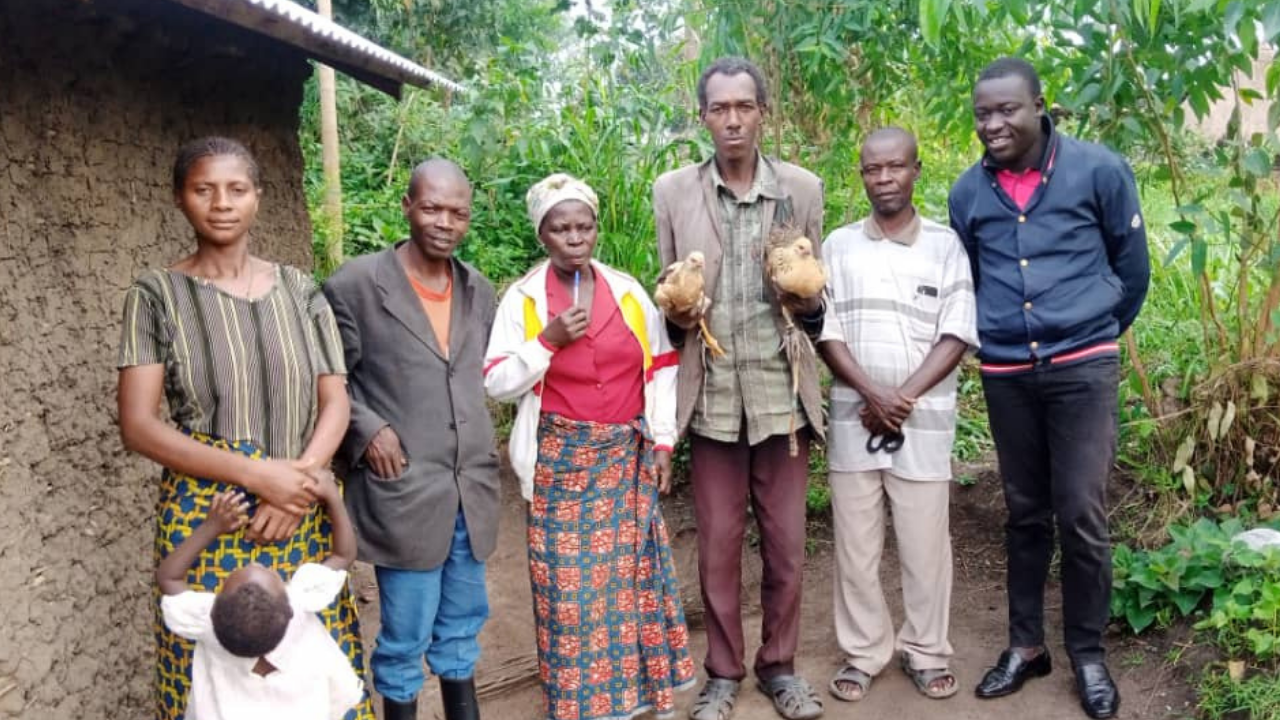 In northeastern Congo, there are a number of rebel groups who roam the areas surrounding the town of Bunia. […]

By GO Fellow Sarah Herrera
Are you ready for some good news, friends? The Cassamajor storm shelter is finished! It […]