From Alison Barfoot in Uganda

Amy, Lynn, and Stephanie are on their first GO Project Vision Trip to Uganda. They came just in time to participate in a whole weekend of festivities to officially launch The Father’s House in Boroboro (Lira). The Father’s House has been giving TLC to orphans for almost a year and a half, but there had never been an official launch. So, this past weekend there were two days of events to celebrate the children and the church’s commitment to caring for them through The Father’s House.

Saturday, 5th November was an all-day Sports Day. Some of the Guardians of the children even attended, along with Management Committee members and other church and community leaders.

The kids played many games, competing against one another. But, then, the Vision Team challenged the Guardians to a match! The Guardians won…musthave been the team’s jet-lag!

The children sang songs, recited Scripture memory verses, danced some of their traditional dances, and concluded the day with seeing their first movie – The Jesus Film in their own language of Luo. They were so tired, but so happy!

After the church service, everyone gathered again at The Father’s House for more games, songs, and speeches. The foundation stone, back dated to 3rd February 2010 when construction first began, was finally laid by the Bishop and GO Africa’s Executive Director, Alison Barfoot.

The GO Project Vision Team also presented the children with their very own locally made drums and shakers to encourage them to continue making a joyful noise to the Lord, who is truly their Father.

Honoring a friend with a heart for God's kids

The Inseparability of Church and State

It was Puritan minister Roger Williams who first alluded to the separation of church and state, noting a “hedge […] 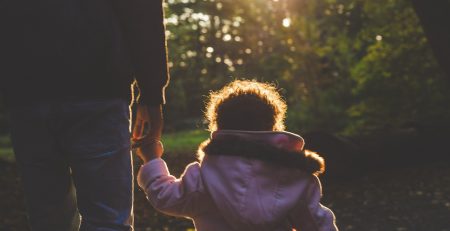