“I knew it would eventually happen. I just knew it. If one goes to Haiti often enough it is bound to happen. Yes, we managed to let a tropical storm (Hurricane) slip up on us during our trip in October. Yes, we went to Haiti in October. But honestly, there wasn’t even a storm in the forecast. We didn’t even see it coming. Really.

must first report that everyone in our group of twelve eventually returned back to the their homes in the states safely. Just a bit more experienced in their own lives as to how third world people deal with hurricanes. It’s not pretty.

I have dodged hurricanes many times. I moved from Houston Texas in 1988 the day before hurricane Gilbert hit land. In 2005, I arrived in South Florida 48 hours after hurricane Wilma hit Sanibel Island and Port Charlotte. I drove through Pensacola in 2004 immediately after hurricane Ivan ripped the city apart. I have seen the devastation after the storm (we all saw the result of Katrina) and I have also witnessed the excitement of a city preparing for her arrival.

Seeing people scramble for batteries, bottled water, plywood, coolers and other items creates a sense of urgency. And after the storm, there is another kind of urgency as those same people scramble again to get their shattered lives back in order.

Not so in Haiti. You see, there is no need for plywood, for there are few glass windows. There is no need to store bottled water because many of the Haitian people simply drink from the rivers. Batteries? For what? Coolers? Why?

Here is what I observed as we twelve Americans hunkered down and waited for Noel’s arrival. The people of Haiti were not busily preparing for the storm or trying to figure out how to protect their personal valuables. They weren’t scurrying around or driving further inland to stay with friends or family until the storm passes. No, they weren’t hoarding supplies or standing in lines to buy things they feared they would have to do without.

What they were doing is quite simple. They were going about their day as if it was any other day. They don’t have cars to travel further inland. They really don’t have valuables to protect. They know the reality of what will happen when Noel arrives. Their homes will flood. Their minimal personal belongings will be soaked for days. The streets will flood. The stores will flood. In fact, they even know that it is a likelihood that many of them will perish when Noel arrives. And many did. There is always casualties when a hurricane visits Haiti. It is a cold, grim fact.

Meanwhile, we twelve Americans were safe and dry. Of course, we were without phones, internet, and latte’s for awhile. It did us all some good. We know we would eventually get home and we did. It was another wonderful, eventful trip to Haiti. I can’t wait to go back. Come with?

The heart of a child, the love of a mother, sisters together

Nine women from the heartland of the US, collectively the mothers of 29 children, know the heart of a […] 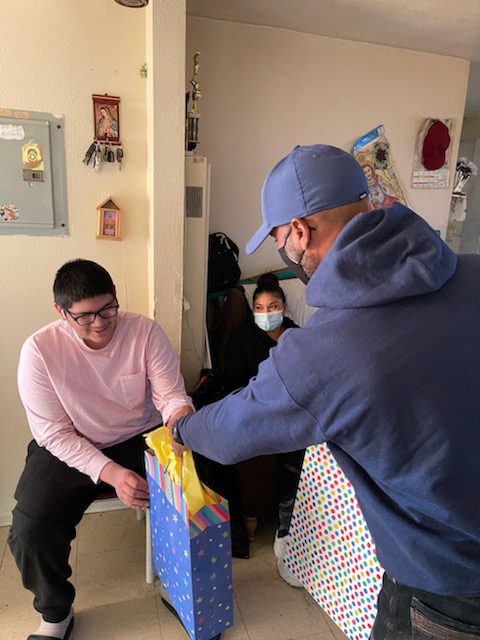 In Los Angeles, California, the LAPD runs a program for youth ages 13 to 17 that empowers young people […]

Last fall, I received an e-mail from a return trip GO’er offering to cover a large portion of a […]

Luke Skywalker, Frodo Baggins, and the Seven-Time Revelation of the Hidden Hero