Orphans on the increase. God on the move!

Orphans on the increase. God on the move!

“Orphans On the Increase, Says Minister”

So read a recent title in The Daily Monitor. The article by Joseph Mugisa quoted Uganda’s Minister of State for Labour, Mr. Rukutana: “The number of orphans in Uganda has reached an alarming rate, which must be tackled now with the seriousness it deserves.”  To support his claim, the minister presented data stating 2.43 million of the 17.1 million children in Uganda are orphans – that’s 14%. He went on to share that “32,130 children between the ages of 10-17 years are heading households.”

You read that right…two million, four hundred and thirty thousand orphans; thirty two thousand one hundred thirty of them between ten years old and seventeen years old living as heads of household in Uganda.  My oldest daughter is ten.  To think of her not only fending for herself in the third world, but also being responsible for her eight year old and five year old sisters is beyond sobering.  It is heart breaking.

Mr. Rukutana’s sense of urgency is well placed.  He was touting a new, government plan [National Strategic Programme Plan of Intervention (NSPP1-2) for orphans and other vulnerable children and the Technical Service Organisations (TSO)] meant to care for these children.

In northern Uganda, a different group, the Church of Uganda, is building its own solution with a simpler name. The Gulu Children’s Village will provide homes for children who were previously fending for themselves.  Ground broke this month at GO Project’s partner children village, being built, led, and operated by local leadership.

God willing, children will move in later this year, where they will receive care from a full-time house parent, access to education, medicine, and will hear the Good News of the Gospel of Jesus Christ.

Orphans are on the increase, but God is on the move! Thank you for being part of His plan to care for children!

Around the 4th of July, we tend to think about freedom, and rightly so. Our Founding Fathers understood […]

GO Transition Academy: A future and a hope

“The GO Transition Academy is about helping youth understand that they aren’t just recipients of care, that they don’t […]

All 18 of us have made it to Ft. Lauderdale….50 lbs bags full of school supplies and other goods […]

Jesus leading in the Sending Academy 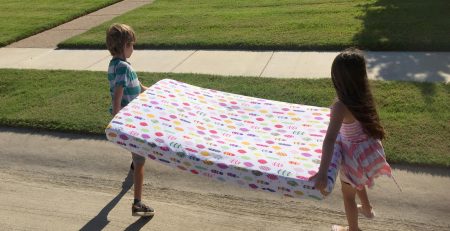 Do you remember your first bed? Beds for children and families in crisis are among the items most frequently […] 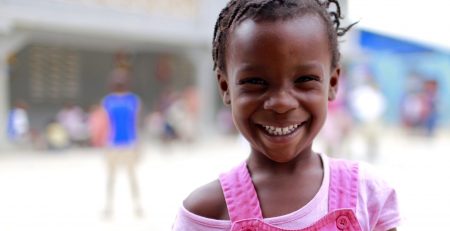 Things are bustling at The GO Exchange and Life SA production center in Haiti. Watch this recent update to […]

"Praise You in the Storm"