by Jenni (GO Fellow), from Haiti

“And they were bringing children to Him so that He might touch them; but the disciples rebuked them. But when Jesus saw this, He was indignant and said to them, ‘Permit the children to come to me; do not hinder them; for the kingdom of God belongs to such as these. Truly I say to you, whoever does not receive the kingdom of God like a child will not enter it at all.’ And He took them in His arms and began blessing them, laying His hands on them.” –Mark 10:13-16

Jesus used this occurrence in His ministry to show us His soft-spot for the little ones of this world and how much we can learn from their faith. It’s hard to argue their level of importance to the King of Heaven when He declares that His kingdom actually belongs to them.

Recently God opened the door to help a two-year-old little girl living in our partner-led village of Cherette, located in the Les Cayes region of Haiti. Little Mataine Janvier has spent half of her life with a cyst inside her nose, making it difficult for her to breathe. A three hour operation took place on March 21st in the Brenda Straford Hospital in Les Cayes to remove the cyst. Mataine is now in recovery and the staff of the Cherette Children’s Village are thankful that the Lord has made something like this possible. What a blessing to stand by those who serve the Lord and to open our arms with them to the children as Jesus taught us in His ministry.

We look forward to updating you more on Mataine’s healing and recovery in the next few weeks!

Two weeks ago, we enthusiastically announced that Stephens County became the first active county in Oklahoma. Interest in the […] 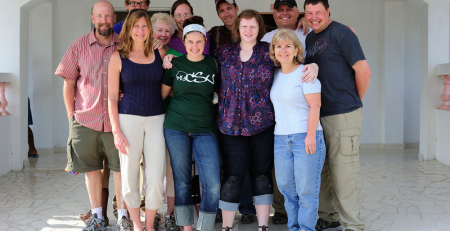 At The Global Orphan Project, we love our front row seat to witness life change around the world. God […] 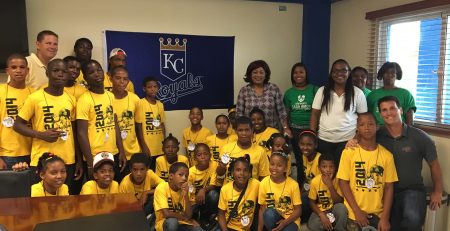 Kids get the KC Royal’s Treatment in the DR

For the last year, we’ve been working on a pilot DR just outside of Santo Domingo. An incredible group […]

The Inseparability of Church and State

It was Puritan minister Roger Williams who first alluded to the separation of church and state, noting a “hedge […]