Yesterday, at Jumecourt, a 15-year-old young man, Kendi, got on our bus. He was going to church with Joseph Volcy’s family.

While Kendi spoke little english, his eyes and easy laugh were bright and personable. Dana, from NJ, used smiles and hand signals to navigate the narrow bridge of English she and Kendi shared.

I was almost as shocked as when I first learned Darth Vader was Luke Skywalker’s father in “The Empire Strikes Back.” You see, Volcy is 23 years old. He’s is in his second year of marriage. He has a 9-month old daughter. He’s also father to 15-year old, Kendi? No and Yes.

Kendi’s biological Mom and Dad recently died. Kendi needs family, but let’s be reasonable. Joseph is a new husband and a new dad. His growing family lives in a 300-square-foot apartment. Someday, both he and his wife plan to finish high school. He also has a full-time job helping caring for hundreds of other children with GO Project as our Director for Children’s Activities in Haiti. Certainly Joseph doesn’t have the bandwidth to become Kendi’s Dad? Someone older should do it? Someone richer? Someone else. Wouldn’t that be better…or would it just be easier?

Eight years ago in Cabaret (the hometown of Kendi and Joseph), Volcy walked in Kendi’s shoes. Volcy was also a double orphan at 15. He knows what it means to be hungry and alone. He knows what it feels like to not have money for school. He knows the weight of being head of household before you’re old enough to shave. He knows the tough road Kendi would walk if someone turned out to be no one. He’s lived it.

So, when it was clear that Kendi needed and trusted Volcy, Joseph became his father. We love providing some support, but it’s not about us. This is about the selflessness and faith of one young man who said “Yes” to a 15-year-old who needed a family. That “Yes” is changing a legacy.

Kendi’s question was not posed to us this time, but you and I will be asked our own questions by people in need with implications to Kendi’s more similar than we may care to admit.

What’s the answer going to be? Am I prepared to be a Legacy Changer? Are you?

Preparing a foundation in India

The first pilot village in India is underway! The Sarampet village, just outside of Hyderabad, is slated for 32 […] 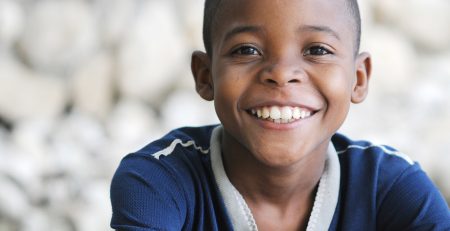 You shop. Amazon donates to The Global Orphan Project.

When you do your regular Amazon shopping through Amazon Smile, Amazon donates to The Global Orphan Project. You shop. Amazon […]