I’ve gone like a rabbit to hole on this blog. Sorry. Great to be back.

I just went to have a physical. First one since high school!

On the drive home from the doc, I’m wondering what else is going on right now? Yeah, there’s a lot of hurt and fear right now in Haiti. But look around.

Rogelin’s hanging out. Another team just arrived. He’s seen a lot of people come and go. He loves it. All the kids there do. But Rogelin’s got a different look on life, so he doesn’t get too high; pretty darn solid. He’s probably thinking about starting school. He’s definitely wondering whether he’ll get to see his sister. That’s dominating his mind. Meanwhile, unbeknownst to Rogelin, in Kansas City, Minneapolis, and Miami, a team of lawyers with hearts undeserving of all your bad lawyer jokes 🙂 are working through creative ways to re-unite Rogelin and his sister. God’s going to finish that story and is at work, now, on Rogelin’s case even as Rogelin thinks about whether it’s dinner time.

Renise is holding her baby wondering what’s next. But right this minute, she’s more at peace than she’s ever been. She’s safe. (More on that entire story next week – unbelievable)

Calix is loading his children into a truck, heading for their new home. He’s sweating and his heart’s pounding. What a ride. The earth shook. Walls fell. They starved. They pleaded to the Almighty. God provided. He sustained them. And now He’s starting them anew. Truth be told, Calix has mixed feelings right now. He’s happy and he’s scared. He’s turning that over to Jesus. Truck should be pulling out in about 30 minutes. Here we go!

And 4 hours north in Gonaives, our wonderful partner, El Shaddai, is still working through the basics of caring for 255 new children at 3 different local churches. 255 tooth brushes. 255 sheets. 255 bars of soap. 255 sets of clothes. 255 bowls, plates, forks, spoons. 255 children! Amidst this, the cooks there scramble to feed – 255 meals tonight! (255 more in the morning).

Right now, in the south, there’s a party being planned. C3 Global in Haiti opens a new store; a bizhub. Part Kinkos, part Office Max. Tomorrow’s the grand opening. Rob Boyer’s there smiling huge (way to go, Boyer). Yaniq, one of the employees, plans to sing praises to God at the ceremony tomorrow. She’s going through the song in her head, mouthing the words. Smiling. Today’s a day of a new kind of business.

And scattered throughout Haiti, contractors are working and people are meeting to make 10 new villages in 2010 reality. They’ll work into the night. This is their life. Work. That’s a BEAUTIFUL word – not a pain.

And a world away, in Lira, Uganda, workers have spent the day laying brick after brick after brick. Four homes, a kitchen, latrines. Kids are coming in 2 weeks. The committee finished “selecting” the first 20 children – a miserable lottery, because some kids won’t “win” this round.Ã‚Â  We have more to do, and we will…God willing. The same noble work in Kabale, Uganda.

And in Kyotera, Uganda, where more than half the population of women has been desimated by AIDS, workers moved in brand new beds. 48 children who once had nowhere to sleep will curl up in soft beds – soon.

In Malawi, 10,000 villagers in Daniel Village near Pathawira marvel as the landscape changes. What a sight. A church, a school, a place for the children they’ve had to painfully step over. They’ve heard lots of promises. Today, sure enough, they see Peter Maseko’s men busting their butts turning that vast expanse into a place of transformation. No more “maybe one day.” It’s here. All this through that humble little church of Peter’s!

Thanks for your passion and energy. Stay tuned.

Getting Dicey for Fox Here

Joe Knittig, Philippines
Things are solid here in the Philippines, except for 2 things. One serious; one funny.
One: […]

Another beautiful day in Uganda

I’m not sure we’ve seen a cloud all week. We’re driving six hours to Kabale and doing some work […]

Trace Thurlby, KC
Have you ever wondered why some churches impact the world when others don’t? What gives a […]

How Creative Can You Get?

Have you heard the story of The Crayon Initiative?
It’s a beautiful tale, emerging from a willingness to ask a […] 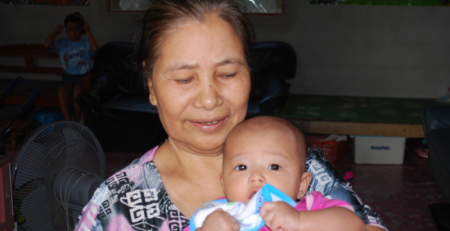 C3 expands in Haiti and Thailand

A second C3 Missions Haitian orphanage is nearly completed in LesCayes, Haiti. The new home is only 100 yards […]