Fifty years ago, a pastor from Texas moved to Haiti to minister to people living in the rugged, rural north.  He soon met a 17-year-old Haitian named Claude Mondesir.  Claude was the 12th and last child of his mother.  His father had 54 children in all.

For the next eight years, Pastor Kelly became Claude’s spiritual dad.  He taught Claude how to read and write.  He told him the Good News of Jesus Christ.  Pastor Kelly’s life served as an example of how to live out the two greatest commandments, and eventually, God used their eight-year relationship to open doors for Claude to the U.S.

Before Claude left, he promised Pastor Kelly he would one day return to Haiti and continue Pastor Kelly’s legacy of caring for orphans.  Fourteen years later, Claude returned home.  Over the last 30 years, he has planted 11 churches and started a school for children at each.  He built Jumecourt which has hosted more than 100 missions teams.  He’s owned farms and businesses, providing much-needed food and jobs.  Claude’s Kingdom impact deserves a book, not a blog, but let’s sum it up this way:  Pastor Claude honored the promise he made to Pastor Kelly, and as a result, thousands of children who need family have been blessed.

GO Project is honored to partner with Pastor Claude, as is the Church at Coffee Creek who brought Claude to KC this week.  He’s preaching there this Sunday at 10 a.m.; until then, we’ve filled his dance card.  Schools. Families. Lunches. Small groups. Speaking engagements.  Claude is gracious with any opportunity to give thanks to God and let people know “more hands” are needed to care for orphans.  Yesterday, at a Christian high school in KC, a young man adopted from eastern Europe told Claude that listening to his speech had given his life direction.  He would lend his hands to care for orphans.  Claude’s heart was full.

Fifty years ago, God sends a Texan to Cape Haitien to save an orphan who decades later comes to Kansas to inspire a teenager from the former Soviet bloc to care for more orphans. Pastor Kelly is now with the Lord, yet his legacy lives.  At GO, we celebrate that Jesus writes the best stories…and it’s not difficult for Him.

Yesterday, Claude said, “When God does something good for you, you have to tell others.” 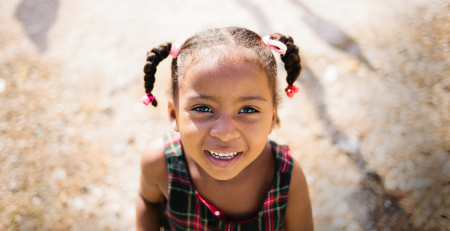 Six weeks ago, I was visiting with my friend, Pastor Joseph Kesnel. Joseph is Haitian. He grew […]

Planting in the garden, Lira, Uganda

I want to share something that recently hit our hearts at GO Project, and ask you for prayer. It’s […]